May 13, 2013… I flew by and posted a piece on the above date about ObamaCare and the Health Exchanges and no one seems to be home around this empty nest to wish to comment… Although, Thanks for the “Likes” from @lobotero and @cmaukonan Oh well.

In closing: Be Well!

Heads Up! In case you haven’t heard…

Four days ago, our longtime fellow TPMCafe denizen, hoppycalif2 stated the following in a thread at the current Cafe site:

And today, Sunday 02/12/12, during an interview  with Brian Lamb on C-SPAN’s “Q&A” Josh stated that the Cafe was coming back onto the front page in some form or other.

Although, Josh said nothing about re-establishing the reader’s blog section during the chat.

I Just thought everyone would like to know this.

So this is what it’s come to?

How far the mighty has fallen…

This is in line with keeping up with Brietbart and Beck…

Our sweet 8 year old loving Black Labrador Miss Loozy-Anna succumbed to a large tumor mass located in her stomach cavity that was inoperable. She is no longer suffering. She expired in my arms in her favorite resting place in the hallway door to my office.

She gave us so much joy and happiness. We will miss her so.

The following comes from the Kaiser Health News Blogs…

This is what the people in Colorado are doing to help others understand what ObamaCARE can do for all of us.

Groups Thank ‘Obamacare,’ And Not Sarcastically

Usually Americans hear that phrase only in the most sarcastic contexts. Opponents of the health reform law have hung the “Obamacare” moniker on it to belittle the measure as nothing more than an attempt to fix America’s health care problems – varied as they are – with a one-size-fits-all approach they say expands the reach of government to never-before-seen levels.

We hear it used almost daily by Republican candidates for president, who have picked up the theme and taken it one step farther — to ”Romneycare,” which has become a the negative label for GOP presidential hopeful Mitt Romney’s health reform in Massachusetts. Former GOP presidential candidate Tim Pawlenty even coined the phrase “Obamneycare” to link the state law Romney signed while governor to the federal law advanced by President Barak Obama.

This is not the first time “-care” has been used to describe a health reform effort. Back in the 1990s, “Hillarycare,” named for the former first lady and now secretary of state, was used to describe the Clinton administration’s attempt at overhauling the health care system. In the 2008 presidential primary elections, the GOP candidates in turn linked “Hillarycare” to Romney to try to unseat him as the odds-on favorite candidate.

But now, two nonprofit advocacy groups, ProgressNow Colorado Education and the Colorado Consumer Health Initiative, are trying to take back “Obamacare,” painting it as a positive brand in a new campaign (complete with its own Twitter feed and hash tag, #thanksobamacare) launched Monday. The campaign highlights 10 reasons people should  be thankful for the health law. Among them: allowing people younger than 26 to stay on their parents’ health insurance plans and stopping insurers from denying coverage to children with pre-existing conditions (the law does the same for adults beginning in 2014).

The effort also comes with a video, below, which places a special emphasis on the “-care” part of “Obamacare.”

The Face of a Corporatist American Douchebag . . . 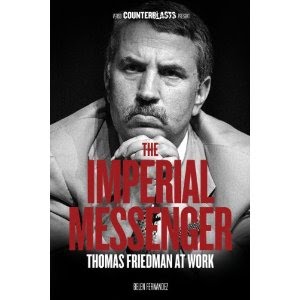 Tighten the screws on the lying right…

Recall the Republican meme during the 2010 elections that the Obama Medicare plan was going to cut seniors’ Medicare benefits and the premiums would increase?

Well… As we all know – if one were to actually have a grip on the facts – the Republicans and there bastard offspring in the Tea Party were full of crap.

In 2010 there were 11.7 million seniors in Medicare Advantage plans, the private insurance alternative to Medicare. The CBO predicted Medicare Advantage enrollment would be 10.2 million in 2012. Health and Human Services now project that figure will be 13.1 million. And, in the words of HHS Secretary Kathleen Sebelius, “On average, Medicare Advantage premiums will go down next year and seniors will enjoy more free benefits and cheaper prescription drugs.”

The nearly 12 million senior citizens enrolled in private Medicare health plans will see their monthly premiums drop by an average of 4 percent while benefits remain stable next year, the Obama administration officials announced Thursday. In addition, they said, premiums fell by an average of 7 percent this year, much higher than the 1 percent the government projected a year ago.The plans, called Medicare Advantage, are offered by health insurance companies as an alternative to traditional, government fee-for-service Medicare.

Enrollment in the plans, which now cover about a quarter of all Medicare beneficiaries, is expected to grow by 10 percent in 2012, said Jonathan Blum, deputy administrator for the Centers for Medicare and Medicaid Services. Blum said health plans are also lowering co-payments and deductibles.

He attributed the premium drop to the agency’s strong negotiations with plans, as well as to the companies’ continuing desire to serve the market. (continues…)

This data spotlight examines enrollment trends in Medicare Advantage plans in 2011 and finds that despite concerns about the effects of the 2010 health reform payment reductions on private Medicare Advantage plans, enrollment continued to rise this year.  Additionally, Medicare Advantage enrollees are paying lower premiums, on average, than they did in 2010. Preferred Provider Organizations gained more enrollees than any other plan type, while enrollment in Private Fee-for-Service plans continued to decline.The analysis was conducted by a team researchers at Mathematica Policy Research, Inc. and the Kaiser Family Foundation.

Today was a day of deep personal reflection.

This is how I spent my last month leading up to and  remembering the tragic events of Tuesday September 11, 2001 and all the unfolding events that have followed. Re-reading the history and the warnings that were there for all to see.

Must Reads from Chalmers Johnson…

The sorrows of empire

You may click on each book for further info…

Note: I first met Professor Chalmers when I was serving in the Navy in San Diego and he was professor of history at University of California at San Diego in 1968.

The miserable state of the nation? And this is just the proverbial tip of one massively gigantic iceburg.

Collectively, the physicians, nurses, medical professionals, healthcare company owners and others charged in the indictments and complaints are accused of conspiring to submit a total of approximately $295 million in fraudulent billing.

In Miami, 45 defendants, including one doctor and one nurse, were charged for their participation in various fraud schemes involving a total of $159 million in false billings for home healthcare, mental health services, occupational and physical therapy, DME and HIV infusion.

In Houston, two individuals were charged with fraud schemes involving $62 million in false billings for home healthcare and durable medical equipment. According to an indictment, one defendant allegedly sold beneficiary information to 100 different Houston-area home healthcare agencies in exchange for illegal payments. The indictment alleges that the home agencies then used the beneficiary information to bill Medicare for services that were unnecessary or never provided.

Ten defendants were charged in Baton Rouge, La., for participating in schemes involving more than $24 million related to false claims for home healthcare and DME. According to one indictment, a doctor, nurse and five other co-conspirators participated in a scheme to bill Medicare for more than $19 million in skilled nursing and other home health services that were medically unnecessary or never provided.

Two defendants, including a doctor, made initial appearances Wednesday in U.S. federal court in Dallas after being charged for a scheme to defraud Medicare of approximately $2.1 million.

In Detroit, 18 defendants, including three doctors, were charged last week for schemes to defraud Medicare of more than $28 million. According to an indictment, 14 of the defendants participated in a home healthcare scheme that submitted more than $14 million in false claims to Medicare.

Finally, four defendants including one doctor were charged in Chicago for their alleged roles in schemes to defraud Medicare of more than $4.4 million.

“As charged in these indictments, the defendants cover nearly the entire spectrum of healthcare providers, and perpetrated a variety of fraudulent schemes,” Assistant Attorney General Lanny A. Breuer said at the news conference. “From Brooklyn to Miami to Los Angeles, the defendants allegedly treated the Medicare program like a personal piggy bank. Today’s Strike Force operations should serve as a wake-up call to would-be fraudsters nationwide.”

The joint Department of Justice-HHS Medicare Fraud Strike Force is a multi-agency team of federal, state and local investigators designed to combat Medicare fraud through the use of Medicare data analysis techniques and an increased focus on community policing. During the past week, approximately 400 law enforcement agents from the FBI, HHS-Office of Inspector General, multiple Medicaid Fraud Control Units and other state and local law enforcement agencies participated in the takedown.

Just another day in paradise . . .

From my dearly departed friend . . .

Yup … Everybody loves a winner…

But when you lose… You lose alone…

Join 145 other subscribers
Once Upon a Paradigm
Blog at WordPress.com.
Loading Comments...